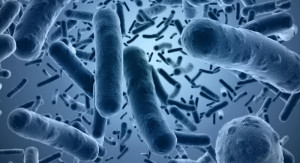 Wrong diagnosis can cause suffering

Even in the 21st century, many doctors fail to acknowledge histamine intolerance (HIT) as a possible cause of a patient’s symptoms, or even to recognize it as a disease. This may be because they simply do not know about HIT, or it may be because the symptoms of HIT are so varied and fluctuating that the disease is hard to diagnose, or – in the worst case – it may be that they are simply turning a blind eye to it.

Would anyone in the trusted medical profession really do such a thing?

Let’s take a look at some diseases that have recently hit the headlines in Australia for being overlooked/denied – to the extent that people are going through extraordinary suffering without proper treatment, merely because their doctors do not acknowledge that their disease exists in that country. These are Lyme Disease, caused by a bacterium spread through the bite of infected ticks, and Lyme-like disease, caused by an unknown bacterium.

The Lyme Disease Association of Australia has this to say:

“Lyme disease is caused by the bacterium Borrelia burgdorferi, which is carried by ticks. It causes flu-like symptoms with associated fatigue, muscle pain and various neurological symptoms. It also causes a bulls-eye rash to develop around the site of the tick bite.

“The bacteria (sic) has not been identified in any tick in Australia, but many people have nonetheless been diagnosed with Lyme disease or Lyme-like illness, based on their symptoms. The diagnosis is often complemented with laboratory tests from Australian and overseas laboratories.

“The controversy about the disease arose because the official position is that Borrelia burgdorferii doesn’t exist in Australia, and that positive lab tests are from people acquiring infection outside the country or the tests are false positives. The net result was that doctors were unwilling to give the diagnosis, often despite positive lab results, and prescribe the necessary antibiotic treatment.”

If modern medical professionals in a developed country are unwilling to give a diagnosis in spite of symptoms staring them in the face, simply because a disease is not yet officially acknowledged, is it any wonder they are often unwilling to diagnose HIT?