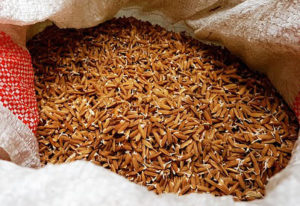 You’ve probably heard the phrase “eat the rainbow”. It refers to the fact that including a wide range of highly-colored natural foods in our diet has enormous health benefits.

The plant pigments that give fruits and vegetables and their gorgeous, glowing colors have wonderfully health-giving properties. Think of the bright reds and greens of apples, the orange (and purple) hues of carrots, the yellow of summer squash, the vibrant purple of blueberries.

Rice is a valuable food for people who suffer from Histamine Intolerance. Some people might be surprised to learn that rice comes in a range of colors, too. We are accustomed to seeing white rice, whose grains have been stripped of the nutritious outer hull, bran layer, and cereal germ. White rice is available as long grain, medium grain or short grain, as aromatic, glutinous or all-purpose. These days “brown rice” , or “whole grain rice” is more common than it used to be, and most of us know that with its extra nutrients and prebiotic properties, it’s much better for us than the processed white version!

The Rice Association (UK) says there are more than 40,000 varieties of cultivated rice (the grass species Oryza sativa)!

The wider the range of rice varieties you eat, the more nutrients you potentially consume. In addition, you add welcome variety to your diet. Rice varieties include a rainbow of colors from white and brown through red and purple to black. These colors are given to the rice grains by plant pigments with health-giving antioxidant properties. So look for colored rices in your local supermarket or health food store. 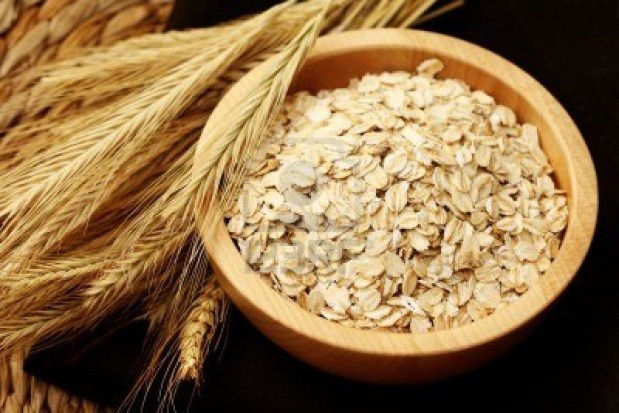 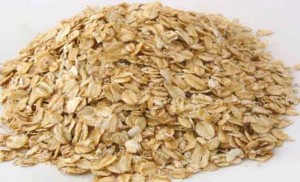 An interesting article concerning the confusion and conflicting information surrounding oats and gluten can be found online at Kialla Pure Foods. The article is relevant to people who, for whatever reason, want to follow a gluten-free diet.  We have copied part of it here, but the rest can be read on the Kialla website.

Is there such a thing as gluten-free oats?

All grains contain proteins, and the proteins in wheat, barley and rye are generally called glutens. While you won’t hear the name mentioned as often as ‘gluten’, if at all, the specific proteins in oats are called avenins.

If you google ‘do oats contain gluten?’ and find yourself on The University of Chicago’s Celiac Disease Center, you’ll learn that avenins are not glutens. Many blogs will quote this or a related source.

However, this is not actually the correct picture. The Coeliac Australia website goes into a little more detail in regards to some technical terminology and testing processes. And this reveals a different picture of oats.

As they explain it, the term ‘gluten’ is generally used to describe a prolamin protein fraction that is associated with coeliac disease. This prolamin protein occurs in wheat, barley, rye and oats.

However in each of the grains the protein goes by different names: gliadin in wheat, hordein in in barley, secalin in rye, and avenin in oats. So, in fact, all oats naturally contain the prolamin protein, generally known as gluten, albeit in a slightly different form.

Why then can reputable sites make a clear statement that oats ‘don’t contain gluten’?

It seems it comes down to a technicality, both in terminology and in testing. When detecting the presence of gluten in food, laboratories use a particular testing process. Interestingly, the test is not actually able to measure avenin glutens because they have a slightly different amino acid combination.

Consequently, the response to this testing anomaly is different in the USA and in Australia. The FSANZ (Food Standards Australia and New Zealand) have set a standard that makes it impossible to claim that Australian grown or processed oats are gluten-free. Technically they are absolutely correct.

However, standards in the USA are more flexible. It is clearly acceptable to claim that oats are gluten free, since a reputable institution like the University of Chicago can state emphatically that oats ‘don’t contain gluten, but rather proteins called avenins that are non-toxic and tolerated by most celiacs.’

And it is this last point that enables the US (and European) standards where farmers and millers can claim their oats are gluten-free.

But even here it seems to be a case of different interpretations.

While the Uni of Chicago site is happy to declare oats can be freely consumed by coeliacs, it adds the caveat that the oats need to be guaranteed uncontaminated by wheat, rye or barley. Either when growing in the field or when processed at the mill. This means that oats that are grown alongside crops with the other gluten proteins cannot claim to be gluten-free.

I suspect that such a proviso is simply covering for the potential of gluten-containing oats to impact coeliacs, while still allowing gluten-free claims. It is noteworthy that there is no need for any grains which really are gluten free (chickpeas, mung beans etc) and which may be grown around wheat, barley etc, to meet any anti-contamination requirements either in Australia or globally.

One thing that emerges very clearly: standards set by food authorities, tests conducted by labs, and scientific studies are not as cut and dried as we are often led to believe. You can see there are obviously as many shades of grey as food experts are able to introduce.

A variance between 1% and 20% is enormous, and generally would be considered inconclusive if found within a single study. Even in multiple studies it would confuse the averaging of the stats. Short of going into all the literature on gluten in oats studies for myself, I just have to accept that there’s a wide range of results.

Also, as we see with the term ‘gluten’, terminology can be tweaked and simplified to suit information and marketing imperatives.

The important question is: what constitutes a gluten-free product?

Recent regulations set by the FDA (Food and Drug Administration) in the US, decided that to make a claim of gluten-free in the US, a product must test at less than 20 ppm (parts per million). The FDA site says that ‘this is the lowest level that can be consistently detected in foods using valid scientific analytical tools’.

The science begs to differ in Australia where the FSANZ gluten-free test can currently measure levels as low as 3ppm (parts per million).

So, strictly speaking, any ‘gluten-free’ product manufactured in Australia must comply with this 3ppm standard. Gluten-free means exactly that: ‘non-detectable’.
But imported products are able to contain up to 20ppm while still making the claim of ‘gluten-free’.

However, no need to panic. It seems that FSANZ is just playing it really safe.

It is interesting to note that Coeliac Australia supports the US FDA standards. They consider products that show tested gluten levels of less than 20ppm, to be suitable for those with coeliac disease. This is also the international Codex standard for gluten-free products.

Some people believe that if you suffer from histamine intolerance you should go gluten free.

The truth is, gluten is only a problem for people who are non-celiac gluten sensitive (NCGS), or who have celiac disease – that is, approximately 1% of the population. (Note: NCGS is a condition that is distinct from celiac disease.)

Foods that happen to contain gluten may also be a problem for people who are sensitive to those particular foods. For example, you may not be celiac or NCGS, but you might have been diagnosed as being sensitive to wheat, for reasons other than its gluten content. People with histamine intolerance should avoid wheat germ, in any case.

If you have celiac disease or NCGS then it is vital to avoid gluten because it can cause intestinal permeability, which is also known as ‘leaky gut’. This can in turn lead to DAO insufficiency and thus to histamine intolerance. Gluten intolerance is also linked with autoimmune  diseases.

However if you are, like the vast majority of the population, perfectly capable of digesting gluten without any problems, gluten-containing foods are actually good for you. They are highly nutritious – packed with vitamins, minerals and beneficial fiber.

“Studies show that whole grain foods, as part of a healthy diet, may help lower risk of heart disease, type-2 diabetes, and some forms of cancer. A 2005 report from the American Dietetic Association warned that gluten free products tend to be low in a wide range of important nutrients, including B vitamins, calcium, iron, zinc, magnesium, and fiber. There’s also little point in eliminating just some gluten. For people who are sensitive, even trace amounts can cause damage to the small intestines. So an almost gluten-free diet isn’t going to help if you have a problem.” [Source: WebMD]

In a normal, healthy person gluten will not cause a leaky gut. And the odds are, you are one of the 99% who can digest gluten.

If you think you really might be celiac or have NCGS, ask your doctor for a test. The Celiac Disease Foundation states that there are several blood tests available that screen for celiac disease antibodies. “If test results suggest celiac disease, your physician will recommend a biopsy of your small intestine to confirm the diagnosis.”

Even if your celiac test comes up negative, you could try avoiding all gluten for at least 30 days to see if that makes your health improve. If you do feel better, this might indicate that you have NCGS.

If you really are gluten intolerant you’d have to cut out all gluten, down to the tiniest particle. An ‘almost-gluten-free’ diet will not help at all.

Simply avoiding gluten because you think it’s ‘bad’ for you means cutting a lot of nutritious foods from your diet. You can, of course, do so if you wish, but-