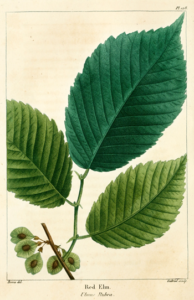 The problems caused by histamine intolerance can include digestive upsets. Slippery elm is one efficacious natural remedy that has been traditionally used to ease such complaints as –

It is also used to provide gentle protection against:

This remarkable remedy is actually the powdered inner bark of an elm tree (Ulmus rubra/Ulmus fulva) which is native to North America.  Useful medicinal plants often accumulate a long list of alternative common names, and Slippery Elm is no exception. It is also known as:

Commercial manufacturers include slippery elm as an ingredient in some foods for infants and adults, as well as in some medicines. Slippery elm throat pastilles are useful for soothing sore throats. You can make your own slippery elm pastilles at home.

To use, place a pastille in your mouth and allow it to slowly dissolve. The slippery elm will coat your throat with a protective layer, allowing healing to take place.