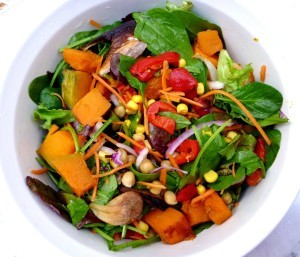 People on high-protein diets are likely to lose years of life along with the weight they shed, according to two studies.
It’s nearly as bad as smoking, says Dr Valter Longo, co-author of a study in the journal Cell Metabolism.

The most healthy mix is a high-carbohydrate, low protein diet, say Australian scientists who have published a study in the same journal.

This leads to increased body fat, but a longer lifespan, say the scientists from the University of Sydney’s Charles Perkins Centre. They tested 25 different diet combinations on 900 mice to see what happened to their appetite, metabolic health, ageing and lifespan.

“We need to look at where the calories come from and how they interact.” Although the mice on a high-protein diet ate less and were slimmer, they also had a reduced lifespan and poor heart and overall health.

Those on a high-carbohydrate, low-protein diet ate more and got fat, but lived longest.

The mice that ate a high-fat, low-protein diet died quickest. “It is an enormous leap in our understanding of the impact of diet quality and diet balance on food intake, health, ageing and longevity,” Prof Simpson says.

Co-author Professor David Le Couteur says the study is an important step towards understanding what constitutes a healthy balanced diet.

It indicates it might be beneficial for people to eat the right diet in the right proportions and let the body dictate the correct amount of food.

“If people want to live long, healthy lives they can look at their diet and exercise. That will do more good than taking all the pills in the world.” He says the healthiest mice had the lowest levels of the branched-chain amino acids derived from animal protein and often used by body builders The results are entirely parallel with the US study.

“We provide convincing evidence that a high-protein diet, particularly if the proteins are derived from animals, is nearly as bad as smoking,” says the University of Southern California’s Dr Longo.

His study analysed the diet of 6831 middle-aged and older adults.

Those who derived more than 20 per cent of their calories from protein were four times more likely to die of cancer or diabetes than other people.