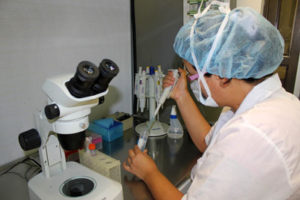 Maybe you’re on a low-carb diet. Maybe you’re on a sugar-free diet, or an anti-inflammatory diet, or a fruitarian diet, or some other popular eating regime. That is your choice, but if you are histamine intolerant, your symptoms are not likely to subside unless you choose low-histamine foods and avoid foods (and external factors such as stress and pollution) that raise your body’s histamine levels.

Some popular diets are negotiable. Take the Paleo diet, for example – there is debate about whether Stone Age humans ate grains. Paleontologists have found traces of grains on ancient stone cooking tools dating back 105,000 years.

Some people say that grains can be eaten on a Paleo Diet, while others insist that grains are forbidden. In other words, the foods included in this diet can be considered “negotiable”.

The foods in a gluten-free diet, on the other hand, are non-negotiable. Either there’s gluten in the food or there isn’t. Your body  certainly knows the difference! Scientists have tested foods to reveal their gluten content.

The same applies to low-histamine foods. For his book “Is Food Making You Sick?” James L Gibb did not “invent” the low-histamine food list. The foods on the list have been selected because they have been scientifically proven to be low in histamine or low in factors that cause histamine release. These foods do not necessarily conform to the pattern of other diets. However this is due to sheer necessity!

As one Amazon commenter said in reply to a reviewer who complained about the book’s food list:

“Go ahead and follow your “anti-inflammatory” diet but it’s not the same as a low histamine diet. Choose which diet you need to follow, you can’t be on both. If you’re not histamine intolerant, then don’t follow a low histamine diet. The low histamine foods in the book were not selected on the basis of the latest food fads and crazes. They were selected on the scientific basis of how they affect people’s histamine levels. This is a fixed property of foods and cannot be changed according to people’s whims. Just because you don’t like to eat a certain food does not mean it is not low in histamine.”

Of course you can select your favorite foods from within the low-histamine food list, although we do encourage you to eat as wide a range of foods as possible from within the list, to maximize nutrition. If the range of foods seems very different from whatever diet you’ve previously been following, maybe that’s the reason why your symptoms are continuing. The Strictly Low Histamine Diet does not necessarily resemble any other diet. People who are NOT histamine-intolerant can go ahead and choose some popular diet craze to follow, but many of us do not have that luxury. As soon as our histamine levels rise, we suffer.

As mentioned before in this blog, following too many diets at the same time is not a good idea. It can overly-restrict your food choices. Find out if you’re histamine-intolerant (it’s easy to do, as the book describes). If you are, then there’s an excellent chance that going low-histamine will help you return to good health.