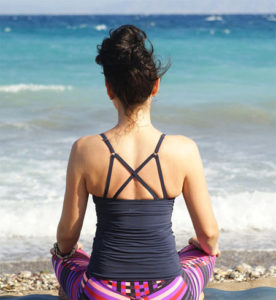 It’s well-known that meditation is a powerful stress-reliever. It produces measurable biochemical and physiological changes which can be of great benefit to those who suffer from histamine intolerance. Countless scientific studies continue to provide evidence for its usefulness. For example a 1991 study found that after practicing Buddhist meditation, the cortisol levels, blood pressure and heart rate of 52 young men were significantly reduced.
[Sudsuang R, et al]

Science has shown that regular meditation can actually produce physical changes in the brain.

Types of meditation include Transcendental, Kundalini,  Guided Visualization, Vipassana, Qigong Mindfulness and Zazen (Zen).
It doesn’t matter what form of meditation you practice, as long as you do it regularly.

Meditation can be as simple as sitting or lying down comfortably in a quiet place, closing your eyes and breathing naturally. Concentrate on the gentle rhythm of your breathing, while allowing your thoughts to come and go without dwelling on any of them. Just let them flit in and out of your mind like butterflies in a garden.
Guided meditation tracks are available for free online, or you might be able to find a local meditation group.